Shandong Sanhe Wixin Biotechnology Co., Ltd. formally carried out the clean production audit in March 2017 according to the requirements of the Notice on Further Promoting Clean Production in Key Enterprises (Huanfa [2010] No. 54). 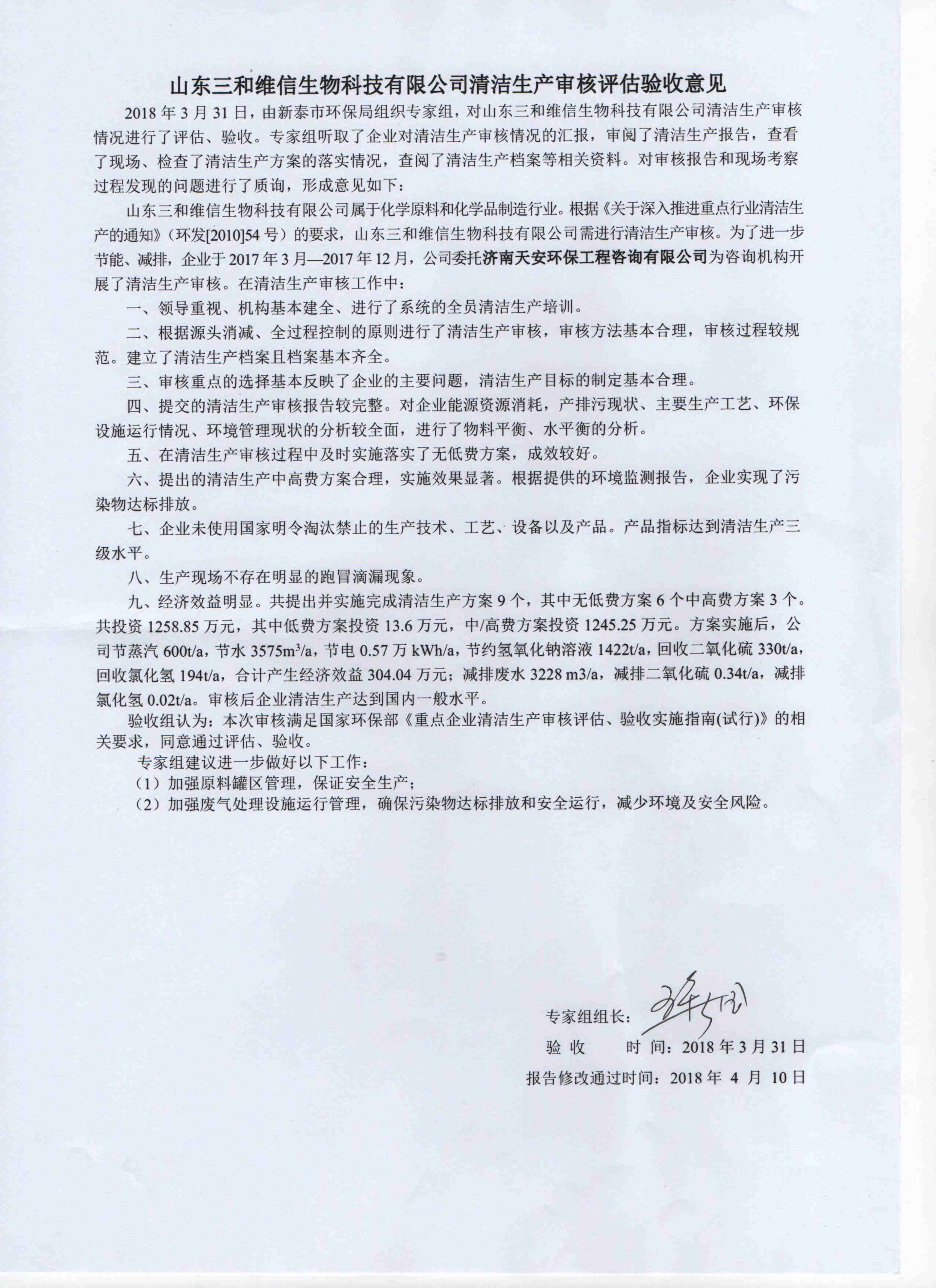 After the audit, the company's clean production level has reached the domestic advanced level and has improved to a certain extent compared with that before the audit.

According to the requirements of the General Office of the Development and Reform Commission, such as the Notice on the Preparation of 20 18 Annual Carbon Emission Report and Verification and Emission Monitoring Plan (Climate Letter of the Environment Office [201 9] No. 71), Shandong Yahwa Low Carbon Technology Co.

Ltd. was established in 2012, which is a joint venture between Shandong Sanhe Chemical Co. The production base is located in Science and Technology Industrial Park, Dongdu Town, Xintai City, Shandong Province. The first phase of Sucralose project is invested 15,000,000 Yuan, covering a total area of 55,256 square meters, with more than 220 employees.