More than 26 countries and regions

Sunvision Sweet Co., Ltd. was established in 2012, is a joint venture of Sunvision Sweet Co., Ltd. and Liyang WidSets Biological Technology Co., Ltd..
The production base is located in the science and Technology Industrial Park East Town of Shandong city of Xintai province. Three chlorine sucrose project a total investment of 150000000 yuan, the total area of 55256 square meters, the existing staff of about 220 people.....

Sucralose (TGS), also known as sucralose, sucrose or 4, 1, 6, -trichloro-4, 1, 6, -trideoxygalactose. A new sweetener developed by Tate & Lyie and the University of London. It is the only functional sweetener based on sucrose, which is 600 times sweeter than sucrose. This sweetener has the characteristics of no energy, high sweetness, pure sweetness and high safety. It is one of the best functional sweeteners available. 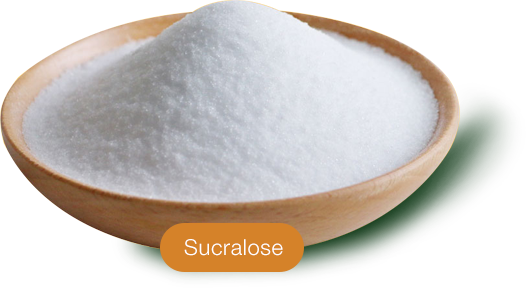 PepsiCo will stop using aspartame and replace it with sucralose

"Light" Coke, which is sold by PepsiCo in the US, will stop using aspartame sweeteners to eliminate consumer concerns about product safety.
2018-07-11
SEE MORE >>
The new food safety law will be implemented next month.

The new food safety law will be implemented next month.

Shandong Sanhe Weixin Biotechnology Co., Ltd. will continue to innovate around the requirements of customers, and always adhere to the tenet of quality first and customer first, to provide you with efficient and quality services.Let us go hand in hand and share a sweet future!